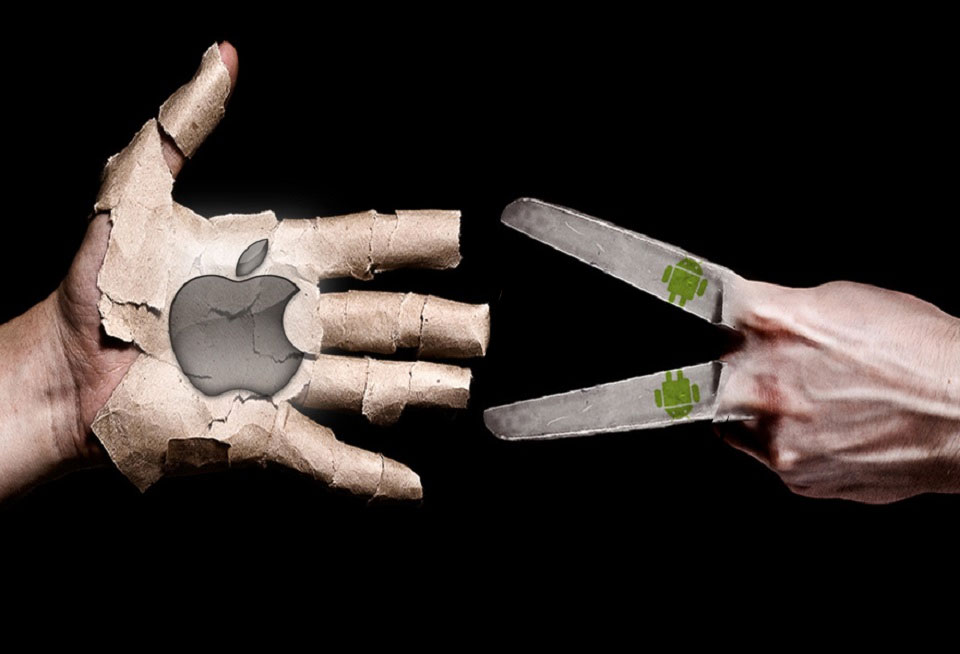 War between Apple and Google

We use the term used by Steve Jobs, We are in the “thermonuclear war” between Apple and Google.

Apple set out to develop its own map system from version 6 on their operating system and this has made a significant investment in time, money and complexity. This decision could be hard to understand if we consider that Apple have trust Google Maps System on their previous operating systems and it have proved to be extremely good and works perfectly fine on iPhones / iPads… So why Apple created its own set of maps?

Once Google launch its Android operating system,  competes with Apple in the market of mobile devices. Steve Jobs never forgave this decision and planned a “thermonuclear war” concept mentioned in his biography, against Google. Since then, Apple has taken strategic decisions with a clear objective, to eliminate their dependence on Google. To start with this work, Apple seeks to weaken Google in the great war of the mobile world by closing its provision of information from devices with IOS operating system. The greatest asset Google has is the information that users provide every day when looking for a product on the web, looking for a direction on maps or using their Chrome browser. And all this information is subsequently used to display advertising and sell products.

Read the last message from the CEO of Apple and its continuous messages about privacy at the following link:

We are at war!